Nick Jekogian is the president and CEO of Signature Group Investments. One of the first things he did after signing a deal for 600 acres of land on an untouched, tree-covered hillside overlooking Monterey Bay in California was pitch a tent. He spent a few nights under the open sky on that hillside, and he discovered something that left an indelible impression on his soul.
“I realized that the property had a profound effect on me. Being surrounded by 200-year-old trees and the wonders of nature put so many things in perspective. It was really healing, almost euphoric.”

While these feelings may not be new to many, for this real-estate magnate, it was the start of something grand, something fresh and exhilarating. SGI is now working on Walden Monterey, a planned community of 22 homes, each built on 20 acres of that 600-acre parcel. The centuries-old oak trees are being left as untouched as possible, and they only add to the drama of the landscape rather than obscure it. The intended Zen meditation garden serves as Walden Monterey’s version of a town square.
It’s a new trend in real estate: residential communities that prize nature, space, and a certain sense of “polished rusticity.” Consider it next-level farm-to-table. The term being coined for these communities is “agrihoods,” and they are popping up around the country. Some are built around working farms.
Village at Warm Springs Farm in Virginia is one such agrihood; cows and sheep graze among 35 “rustically charming” cottages; residents and guests can dine at the Milk House Market, a farm-to-table gourmet establishment.

From East Coast To West Coast 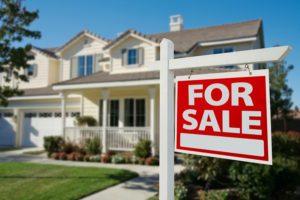 Serenabe, outside Atlanta in rural Chattahoochee Hills, has a 25-acre organic farm and employs edible landscaping, such as blueberry bushes, along paths and walkways.
While these specific locales are examples of the agrihood movement, the broadest definition of the new term includes any community that strives to place an emphasis on sustainable, protected outdoor spaces. This makes the movement a subset of the latest luxury trend, which focuses more on how you spend your time, rather than how you spend your money.
In Palm Springs, a 300-acre parcel was originally slated to become a luxury gold club. Instead, Brad Shuckhart of Freehold decided to develop Miralon, an large-scale olive orchard and community. Splinter Creek is an in-process community near Oxford, Mississippi, is turning a 650-acre timber investment into a seamless blend of simple timber-frame homes in the piney hills.
The Zen garden is not the only plan intended for Walden Monterey. Trails, a treehouse, and an outdoor communal farm table built from fallen trees are all in the works. A visiting-artists and fellowship program will enhance the sense of community further still.
At Miralon, roads originally intended for golf carts were transformed into hiking paths; tee boxes were shifted into dog parks. The 1,150 “midcentury-modern-inspired homes” are all equipped with solar panels; residents will be able to have olive oil, fresh-pressed, from trees growing just outside their doors. Shuckhart says about his development (though his sentiments can represent the feelings of many about these agrihoods as a movement), “Classic midcentury homes were designed specifically to embrace the natural environment. We offer owners the ability to interact directly with spaces that will provide both extraordinary views, and ultimately, food for the family table.”
In this modern world, perhaps we could all do with a little “back-to-nature.” Agrihoods provide families the opportunity for modern convenience in a setting reminiscent of a simpler time. To paraphrase the great Robert Frost, taking the road few ever choose makes all the difference.
Wanna Know More? Contact us!