What Is the Foreclosure Process in Utah? 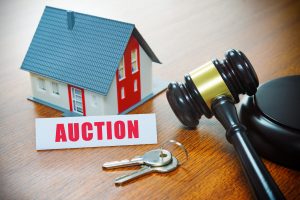 Have you ever been exposed to a home foreclosure? It’s a messy prospect, and state laws make things even more convoluted. Utah has its own set of laws, and knowing the specified procedure could save you if you ever face the risk of foreclosure.

Foreclosure is quite a process, and even if banks could pursue it right away, they wouldn’t want to. It’s better for them to get the mortgage paid by the borrower, and they tend to create a lot of opportunities to make that happen.
If you fall behind on a mortgage payment, you get a notice. There might be a late fee. There might even be an offer to assist you with a payment plan. But one late payment doesn’t initiate foreclosure. Really, that process doesn’t start until the bank is pretty sure they aren’t getting paid.
Legally speaking, a bank can initiate foreclosure protocols once a payment is 120 days late (that’s federal law). Whether they do so at that point depends on the situation. If things do fall that far behind, then the banks are likely to move into the foreclosure process.

If the debt isn’t settled within that 30-day grace period, things move forward. In Utah, there are two options for the lender: judicial or non-judicial foreclosure. Non-judicial foreclosure is much more common because it circumvents a day in court.
In this process, the lender will record a notice of default with the county recorder’s office. It starts the timer on a three-month period where the borrower can cure the default. If they do, the foreclosure process is stopped, but the motion of foreclosure remains part of the county record. In other terms, you get to keep the house, but the record of foreclosure will make it difficult to get future loans.

Once the three months are up and the default hasn’t been cured, things move toward sale. This comes with a new notice of 20 days. The house will be auctioned at the end of that 20-day period. Typically, curing the debt  at this point is no longer an option. This is essentially a move-out notice.
When the 20 days are up, the property is auctioned. More often than not, the foreclosing bank will win the bid because they don’t have to bid cash. Assuming they win, the house becomes real estate owned (REO). The bank will then typically try to sell the house to recover the money they initially loaned.

If the borrower isn’t out of the house by the time the new owner has won the bid, things get dicey. The new owner has several options to remove the occupants. One common technique is a cash-for-keys offer. It’s when the owner gives the residents cash to get out of the property.
But owners don’t have to go that route. The owners could instead go to the courts to force an eviction. In that route, law enforcement will ultimately ensure that the occupants leave.
As you can see, foreclosure is a messy process. The banks don’t like it, and it’s even worse for the person losing their house. If you think you might be headed down a road toward foreclosure, there are plenty of ways to get ahead of the problem. One of those is to sell the house. If you sell it, you can use the money to settle the debt. Depending on the value of the house, you might even have cash left over to get started on a new place to live. We Buy Salt Lake City Houses offers cash for houses. We make the process simple, fast, and easy. Give us a call and get a free quote to see if this is the right route for you.