When Is It Too Late to Stop Foreclosure? 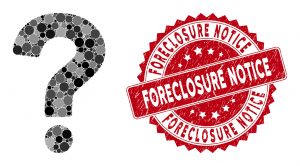 Often foreclosure happens during a tumultuous time. You might not have realized that the situation was accelerating, or you may have had other issues that you needed to take care of first. But when is it too late to stop a foreclosure? Could you still be able to recover the situation?
There’s good news.

You Probably Still Have Time

A foreclosure can be stopped at any point until the deed has officially been transferred. Until the deed is transferred, it’s still your home, and you can take action to remediate the foreclosure.
During the process of foreclosure, you’ll get a notice that your home is going to be sold. Your home will likely go to auction at this time. You can stop the process of foreclosure even on the day of the auction as long as the deed hasn’t been transferred yet.
The bank doesn’t want to foreclose on your property. They don’t want to sell it. If they have to sell it, they’re probably going to take a loss because they need to sell it quickly and because there will be both legal fees and real estate fees to contend with. So, if your home hasn’t gone to an auction yet, you still have time to talk to the bank and resolve matters.
But once the deed has been transferred, it’s too late to stop foreclosure; the property is legally someone else’s. The only way you’re going to get your home back at this stage is if you’re somehow able to negotiate to repurchase your home. This has been done successfully, but it’s rare, and you’ll likely end up spending more money than if you had simply been able to resolve the foreclosure.
There’s one possible exception. If the foreclosure was caused by the bank’s poor record-keeping (if you weren’t actually delinquent, and your home was sold out from under you), it’s possible that you might have some recourse even if your property has been sold. In this particular situation, you will likely be able to get your home back because it was always your property. This will likely require that you get a lawyer and launch an investigation.

How Do You Stop a Foreclosure?

Let’s say that it isn’t too late. You need to stop the foreclosure now. What can you do? Every situation is different, but for most people, there will be three options:

Regardless, it’s important that you take action quickly and communicate your actions to the bank. The more you communicate with the bank, the more likely you are to successfully halt your foreclosure. Banks will work with you to a surprising degree, but at some point, you’re going to need to resolve your debts.
Stopping foreclosure isn’t easy. You have a lot of opportunities, but it is possible to get into a situation in which it’s simply too late. If you’re heading toward foreclosure now, you should act fast. Contact We Buy Salt Lake City Houses to find out more.