Leah Canfield was a Colorado native, looking to represent the United States in the International Ski Federation Alpine World Cup. But it was not to be. Five knee operations crushed her dreams, and at the age of 25, skiing was no longer feasible as a career. She made the move to real estate, and has never looked back. Along with her fellow young agent, Joseph Piccininni Jr., they are currently leading the Coldwell’s “30 under 30” for real estate.

Canfield says that part of her decision was based on a certain sense of optimism. 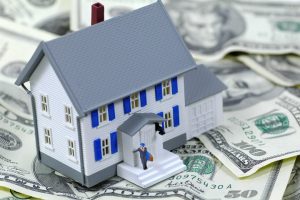 She felt she had less to lose, being young, so it was going to be okay to take the big risks. For her, she felt confident that even if she failed, she would come out alright, because of her family support network.
While both her parents work in real estate as well, Leah is making her own way, and is not a partner at either of their establishments. Working on her own, she has built a portfolio to rival the best in the markets today. Her sales volume last year clocked in at nearly $7.5 million, which was about 80% buyers and 20% sellers by number of transactions. She is working toward more listings this year, and projects that her sales voles could top $10 million by year’s end.

Her biggest claim to fame right now is her contract as a listing agent on a $20 million development in Breckenridge, Colorado.

This project involves 52 townhomes for people who work in the country around Breckenridge. The devil is in the details.
“Because of the value of real estate, there is a real crisis for people who work here,” she said recently. “A lot of our job is making sure we are communicating the correct information. We are as much community liaison for the town as anything.”
She has friends who have called her to inquire about the development, and a couple are already putting in applications. She thinks that her network of friends was one of the reasons her bid was accepted on the project, as well as her confidence. She also feels she owes a lot to her training as a top-level skier, even though that dream didn’t pan out quite the way she hoped.
“I think there’s something about people who go for something bold. They follow their heart, and that’s what skiing was for me – something that I looked up to my entire childhood. It was about following my dream and I did it with everything I had.

“Getting to the level I did was an amazing feat. I was one of the best skiers in the country. I wouldn’t have got to where I have got to if I had not set my sights sky high.

“I won’t ever make the mistake of setting my goals to low.”
Joseph Piccininni also sets the bar high for himself. Last year, he began working in real estate, after the president and CEO of Coldwell Banker Beau Hulse Realty Group discovered his young star behind a deli counter.
“I immediately saw that Joseph was a driven young man who conveys a strong sense of honesty that makes people trust working with him,” Beau Hulse said. “He’s someone who can excel in any given environment and has the confidence to embrace the day-to-day changes in this industry.”
During the six months he worked with Hulse last year, Piccininni closed around $5.4 million in sales volume. He is well on his way to surpassing that number this year. He has high aspirations going forward.
“There’s guys in their 20s doing $20 million or $30 million a year. I know I’ll get there.”